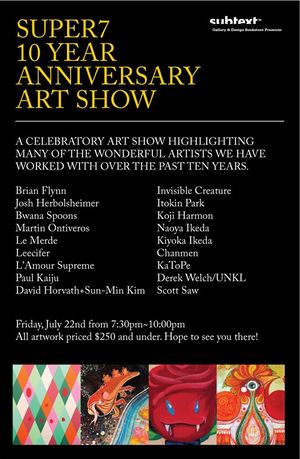 Super7 is celebrating their 10 year anniversary, and Subtext is hosting an art exhibition for one night only on Friday, July 22nd during San Diego Comic Con weekend. The show will feature artwork from many of the artists that Super7 has worked with over the past 10 years. All artwork will be priced at $250 or under, so get there early and don’t miss out!