They Came From The Streets 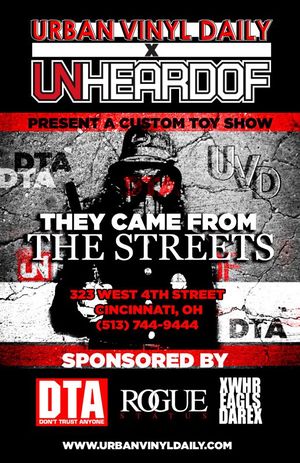 Urban Vinyl Daily has teamed up with their good friends at UNheardof to put together a custom toy show dedicated to the streets, featuring 4" and 7" Munnys inspired by the world of street art and graffiti. All proceeds from the sales will be donated to the Cincinnati Art Museum's after school art program. This show will not only produce great pieces of art but also give back to young artist and allow them to develop their skills.