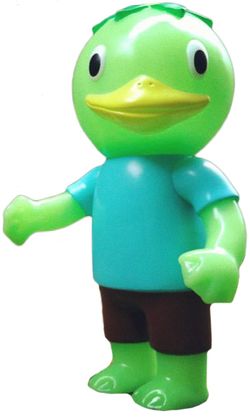 Koji Harmon is based in Tokyo, Japan. He grew up in Los Angeles with Japanese toys such as Microman, Robocon, Ultraman, and Kamen Rider. His work ranges from zines, photography, and plush figures to hand painted soft vinyl figures. He has published a photo book, and his work has been shown at art shows throughout Japan and America. He has also contributed various toy related articles to magazines such as Pencil Fight and Super7. Koji has worked with Japanese toy makers Gargamel on several collaboration figures, including the Cometdebris exclusive Tokoji Seijin and Tokoichi Seiju figures. Currently, he is focusing his attention on toys and custom figures.