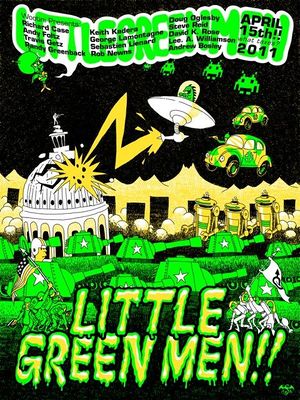 Wootini Gallery is proud to present "Little Green Men", a show featuring artwork from current and former employees of North Carolina-based game development company, Red Storm. The guest curator, Andy Foltz, is a current employee of Red Storm and chose to include his co-workers because of the talent fostered and brewing at the gaming company. The result is an exciting look into the minds of these game developers who have had a hand in creating some of todayʼs popular tactical shooter video games, including Rainbow Six and Ghost Recon.