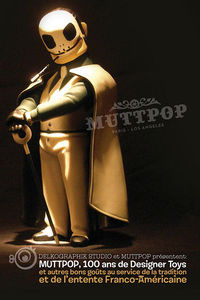 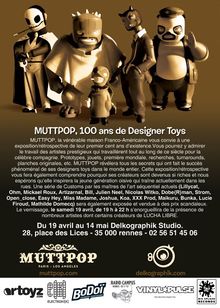 Deklographik Studio hosted the opening of the Muttpop 100th Anniversary Show on Saturday April 19th, 2008 (7 to 10 PM). This retrospective show will feature art from the Lucha Libre comic book as well as custom Muttpop toys from a large group of French artists including several who work on the comic book.