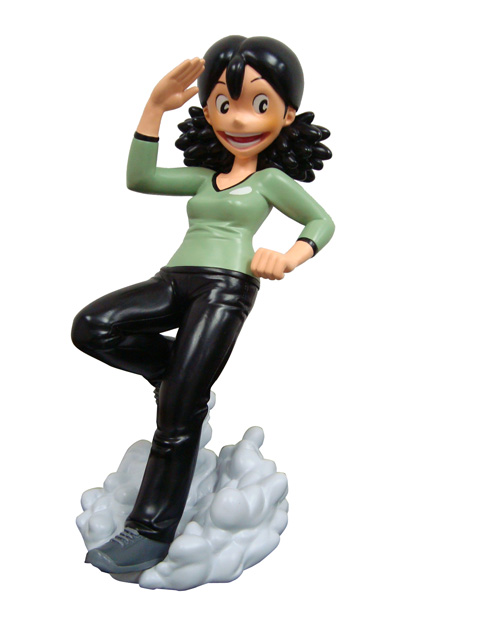 Created by David Willis and produced by Patch Together. Robin is a 7" tall resin figure.

Robin DeSanto isn't your ordinary toy store employee! When she was a toddler she was abducted by aliens and given special powers which augmented her strength, durability, and especially her speed. Because of these powers, she worked for the government several years ago to fight the very aliens who abducted her! Oh, and she was also elected to a seat in the Federal House of Representatives.

But seriously, she's mostly just a simple retail worker. Who can run really fast and smells like Skittles. And is in a lesbian relationship. And once shoved a dude's head up Sarah Palin's heiny.