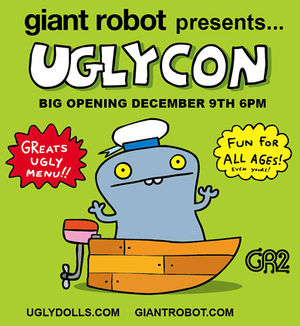 David Horvath and Sun Min Kim’s UGLYCON, a celebration of all things UGLY. See many variations of the Uglydoll by various artists, watch them take over the world!