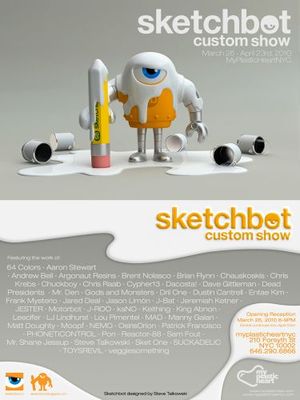 Steve Talkowski known for his rad Sketchbot figure has just announced the release of phase 1 of Sketchbot, and to celebrate he has asked 50 of the best customizers in the business to do what they do best on his new figure for an upcoming custom show at My Plastic Heart NYC on Friday, March 26th that runs through April 23rd.